Retrace the paths of the Atlantic Coast’s most powerful hurricanes and learn which regions have historically faced the greatest exposure from major storms with a series of new maps on the Portal. 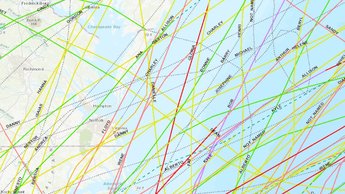 The maps are based on over a century’s worth of data provided by the National Oceanic and Atmospheric Administration. They include: